Hit enter to search or ESC to close

Trailer for my documentary movie

Join me on my circumnavigation

Circumnavigating Denmark on seakayak in 2020

My goal was to make an old dream come true and at the same time to encourage people to support PIETA, an organization that focuses on suicide and self-harm prevention and to support relatives. The reason why I chose to support PIETA is my own experience, being in a dark place. I tried to take my own life when I was going through my gender transition and on more occations I considered to.

The coming summer I‘m planning to paddle along the coast of Denmark counterclockwise, something that apparantly hasn‘t been done before. I‘m going to stick to the same routine as when I paddled around Iceland, to raise awareness of trans people’s issues and hold a few lectures about my life as a trans woman and my journey around Iceland.

What stands out from my trip around Iceland, apart from the amazing view of the beautiful nature, is the warm welcoming I received all over Iceland. Everywhere I came I was welcomed and offered lodging here and there.

There was one thing that did cast a shadow on my trip around Iceland though. It was the trash from the ocean. It made me think about how we treat our earth and our oceans. It had tremendous effect on me and I have now changed my way of living. Therefore I will do all I can to draw attention to the issues and I have contacted danish environmental organizations and I‘m going to encourage danish paddlers to paddle with me from day to day and collect trash from the oceans. 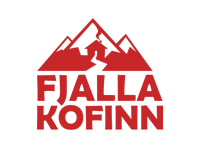 Come and explore the North Atlanitc with us 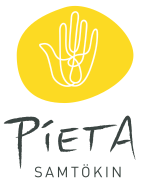 You can Support PIETA by making a pledge to Veiga